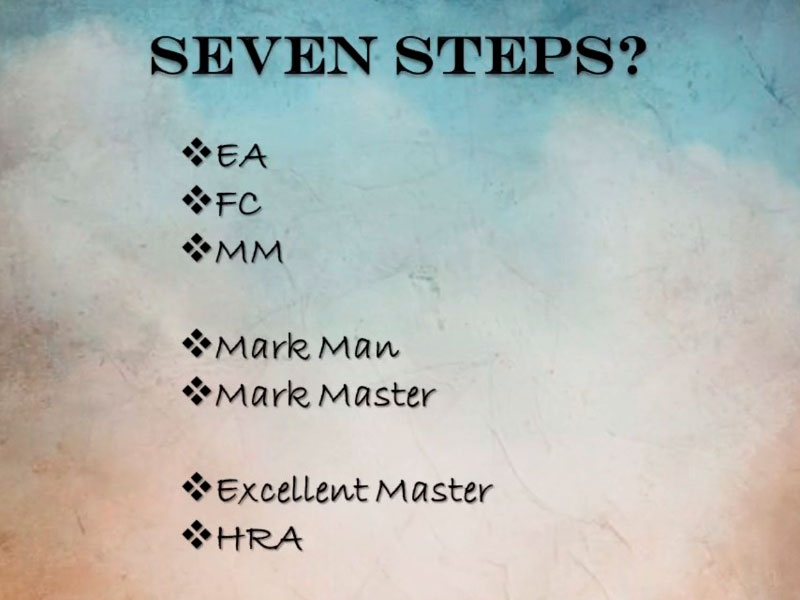 In the Holy Royal Arch Chapter (HRAC), under the United Grand Lodge of England (UGLE) and the Supreme Grand Chapter of England, we are taught to “approach the three Principals by seven steps, halting and bowing to the pedestal after the third, fifth and seventh step”.  The ritual never explains the relevance of this, or why the HRAC is not a fourth degree but rather the “third degree” completed.

In this short presentation I will attempt to explain the historical reason why  this compromise was made and also the traditional place the HRAC has in the masonic process.

The UGLE claims it’s formation to a meeting of four lodges in London in 1717.  There are a number of reasons to doubt this was a formation of a Grand Lodge and the majority of lodges continued to operate independently with no idea that any governing body existed.  However, the idea of becoming organised proved popular and the first book of Constitutions was printed in 1723.

The new “Premier Grand Lodge” was not universally accepted and a number of rivals were founded. In particular in 1751 a rival Grand Lodge was founded consisting mainly of Irish and Scottish Masons who were not welcome in Premier Lodges.  The new Grand Lodge called itself the “Antients” and claimed the Premier Grand Lodge had made changes to the ancient ritual and so it nicknamed them “the Moderns”.

A major difference between the two Grand Lodges was that the Premier Lodge worked only the three degrees up to Master Mason.  The Antients worked a large number of side degrees including the HRAC.  Although the two Grand Lodges did not recognise each other, the side degrees and in particular the HRAC, proved very popular with Premier Masons and a “blind eye” was turned to them joining.

The rift between the two Grand Lodges existed for over 60 years.  Eventually, attempts were made to unite the two Grand Lodges and there were a number of difficulties in accomplishing this.  One was the difference in the many variations of ritual in the three degrees.  The problem that concerns us today however was how they would accommodate the side degrees.  The Premier Lodge insisted there were only three degrees while the Antients (by then also known as the Atholl Grand Lodge) were determined to at least retain the HRAC.

The compromise made was typically British.  There were only three degrees but the HRAC “completed” the third degree.  A new body – the Supreme Grand Chapter of England was formed to rule over the HRAC with the same ruling officers as the UGLE.  It was the same but different!

There are “echoes” in the English HRAC ritual which point to its original place in the Masonic family and sadly some beautiful elements were lost to make it fit in with the new reality.

To understand where the HRAC originally fitted in to the Masonic structure it’s best to look at the Scottish system.  They too have a split in the Masonic journey and the Grand Lodge of Scotland (GloS) only recognises three degrees but seems to consider the Mark degree an acceptable degree to work in some Lodges.

The HRAC exists under the Supreme Grand Chapter of Scotland which embraces a number of Scottish degrees.  In particular the path to Royal Arch companion includes the Mark Degree.  A Master Mason who has not already received his mark in his lodge will take the Mark degree before “passing the veils” and becoming a Royal Arch Mason.

As I cannot assume you have all received your Mark, I will only mention that there are two elements or steps in the Mark degree.  After this, the Scottish Mason passes the veils to become an Excellent Master.  It is a beautiful degree and a fitting preparation for the Holy Royal Arch.  Depending on the work load of the Chapter, a Mason may join the Mark at one meeting and then the Excellent Master and HRAC at a subsequent meeting, although I passed the process in one afternoon.

The HRAC can then be considered the seventh step in Masonry.  An explanation of the seven steps could be that the candidate has taken three steps in the Blue Lodge, then two in the Mark Lodge and then two more to arrive at the pedestal in the Royal Arch Chapter.

However this is not the only possible explanation for the seven steps.  For instance, the York Rite requires a Mason to be a “Past Master” before he can take the Excellent Master degree. It confers a “Virtual Past Master” degree to allow this.  This would also give seven steps up to and including the HRA.

Companions, I have attempted to explain how the uniting of two Grand Lodges in England caused a number of side degrees, including the Mark degree to become separate from mainstream Masonry.  With the exception of the Ancient and Accepted Rite nearly all of those are run from Mark Masons Hall in London.  The orphan degree, the HRA, was found a foster home under the Supreme Grand Chapter and to this day they cannot decide whether is a ”fourth degree” or not.  As recently as 2004 there were deliberations over where the HRA stands in the Masonic journey.