In studying the four hundred years of Freemasonry and its four thousand years heritage, there is much for the contemplative Mason and scholar to dilate upon. One advantage to this is the many ways that a Freemason chooses to express his Freemasonry. Personally, one means by which I have done such is through the National Sojourners and this permits me to express my patriotism, my love of American history, and of course, my Freemasonry. I speak of this because in my study of Sojourner history, I came across a magnificent illustration of an Army Lodge at work during our American Revolution. You see, within that illustration sat our Commander-in-Chief, General and Brother George Washington, who in full military attire was sitting on the ground, cross-legged on the North side of the tent while subordinate to the Lodge’s Worshipful Master, who was none other than his unit’s drummer boy (National Sojourners, Inc., 2001).

Symbolically to me, this represented one of the most powerful expressions of Masonic principle that I ever came across and it not only stuck with me as a lesson, but as a coach and instructor, I have used this example to teach my students regarding the equality of brethren regardless of status. You see the relationship between Military and Masonry is a powerful tie, which became public during the English Civil War, where most Freemasons of nobility supported the King while middle class Freemasons supported Parliament and became officers of the “New Model Army” under Brother and Lord Thomas Fairfax (Parker, Fournier, & Reedy, 2007). This event is important because with the victory of Parliament forces, Freemasons would be permitted into society for the first time and these brethren would continue to remain in positions of military power and authority.

One story told during this war of both armies meeting for battle, only to negotiate a settlement as enemies, only to next bond together as brothers to raise a Master Mason in celebration of the blood that was spared from this agreement.

But it is only after the Glorious Revolution of 1688 that Freemasons become truly and permanently secured in their position with the ouster of the Stuart kings for the new Protestant regime of William and Mary. With their place in society secured, Freemasons begun to organize at a higher level and by 1717, Grand Lodges were being formed, permitting Masons to travel out into the world growing our fraternity within both the Old World and the New. One means by which this was permitted was with the ever expanding British Empire and the military units which maintained its security. Through the Grand Lodges of Scotland, Ireland, English Ancients and English Moderns, military lodges were formed to support military Freemasons as they ventured into unknown and unmaintained territories and through their travels were Masonic Lodges developed and new territories were forged to meet the needs of these sojourning Masons.

The first time we hear about Military Lodges is on the 7th of November 1732, when the First Regiment of Foot or “The Royal Scots” petition and receives Warrant No. 11 from the Grand Lodge of Ireland (Sharpe, 2004). Let us remember that the Grand Lodge of Scotland had yet to be established and the Grand Lodge of England was mired in turmoil, and with troops being quartered in Ireland enroute to mainland Europe, North America and West Indies, the Irish Grand Lodge became the primary choice for requesting charters and they were open to such a novel and inventive means to perpetuate Freemasonry by empowering these new military Lodges to temporarily establishing local Lodges simply by making a copy of the Unit held warrant, until that Lodge could procure a permanent charter directly with them. For the next ten years, the Grand Lodge of Ireland would have the monopoly in offering warrants to what will eventually become hundreds of British Military Lodges throughout the Empire.

In Virginia, the Lodge at Fredericksburg was a Masonic Lodge that was established by a Scottish Military Lodge with an Irish Charter in 1752, but the officers of that Army Lodge made arrangements to have the Lodge procure a Charter from the Grand Lodge of Scotland, and not Ireland. It is also speculation that the first Masonic Lodge in Williamsburg was from another military Lodge because of reports that such members visited Fredericksburg during 1752 or 1753 but we cannot confirm this as the records are forever lost. For Freemasons during this era, these Military Lodges remained their only link with our gentle Craft and further assist in cementing Freemasons in brotherly love during these times of chaos and turmoil. In the French and Indian War, General James Wolfe, Commander of British forces mortally wounded at the Battle of Quebec in 1759, maintained a Military Lodge and regularly attended (Parsons, 2003).

If frontier roads were being forged by the British Army throughout Colonial America, then the Masonic Lodges became the network by which bonded communities beyond colonial borders. Into the American Revolution era, we know that President James Monroe was initiated in Williamsburg but received his Fellowcraft and Master Mason degree in a military Lodge serving American Forces during the Revolutionary War. We also know that on several occasions, Lord and Brother Cornwallis maintained a military Lodge and permitted military and Masonic funerals for American brethren and even offered up the funeral oration for Baron and Brother Johann De Kalb, an American general who was killed at the Battle of Camden in 1780. He also permitted Doctor Benjamin Rush and American Major George Lewis to attend General and Brother Hugh Mercer during the nine days that he lay dying after the Battle of Princeton in 1777 and following his death, they were permitted to safely return to the Colonial army picket lines unmolested.

In 1775, Prince Hall and fourteen other free blacks joined a British army lodge of Masons in Boston. When the Revolution begun, the British army fled, leaving these brothers the charter to their military Lodge and with this charter they form their own Lodge and over time, their own Grand Lodge of Prince Hall. The Virginia Masonic Herald reported a presentation in April 1989 by Brother James Pollard of Cherrydale Lodge No. 42 which records ten military Lodges in service to American forces during the Revolution and yet the only one that is well recorded is named American Union Lodge (Pollard, 1989). It is believed that this Lodge passed and raised Brother James Monroe and served Brother Washington’s forces since the beginning at Boston and following the war, this military Lodge continued on until it settled in Marietta, Ohio in 1795 and became what is now American Union Lodge No. 1 under the Grand Lodge of Ohio.

Brother Pollard also records that during the war, there were two occasions where warrants, jewels, tools and furniture from a British military Lodge were captured by American forces and that the records show that under a flag of truce and a procession of honor guards that these items were properly returned. So it is clear that Freemasonry held firm and supported both Colonial and British brethren and played a role in the development of our nation. This legacy continues, and although there was no known military Lodges established during the War of 1812, we can account for due to so few ground attacks, but during the Mexican War, history accounts for twelve military Lodges with two of them continuing across the border into Mexico with the American army. One particular to give note was a Lodge known as Virginia Military Lodge No. 1 to support the Virginia Regiment of Volunteers. During the War against Northern Aggression, there were up to two hundred military Lodges; Virginia alone is recorded to have up to twenty-eight of these Lodges to support the Confederate armies throughout the South.

Following the Civil War, Grand Lodges begun to regret the liberal uses of military charter for the sake of membership and agreed to tighten up on offering any further dispensation. During the Spanish-American War, there were only two military Lodges, with charters given by North Dakota and Kentucky. This tightening of dispensation enabled Masons to establish Masonic clubs during the war for the sake of fellowship. One such group in the Philippines became known as National Sojourners and when it returned home, it was set up to become an Appendant body of Freemasonry still in existence to this day. World War I saw only three military Lodges in the United States and nine in Europe, because by this time, only seventeen American Grand Lodges favored military Lodges, to include Virginia. However by 1922, the last military Lodge surrendered its charter to the Grand Lodge of Texas and military Lodges were no more.

Freemasonry has a rich history in both the United States and Virginia, but it should also be recognized that through service to the military did freemasonry grow to the universal fraternity that we now know of her. She served those who stood in Harm’s way defending that heritage on our behalf and through the cruelty, violence, deaths and destruction of War, these military Lodges acted as a shining symbol of Brotherly Love amidst such hate and chaos. Because of human nature, we will always have War, but I also believe that because of the Great Architect of the Universe, we will always have Freemasons to be that beacon in the night and that gives me great hope for mankind. Thank you.

Sharpe, P. R. (2004). A Short History of the Armed Forces and Masonry. Retrieved May 13, 2013, from The Circuit of Service Lodges: http://www.militarymasons.co.uk/History2.html 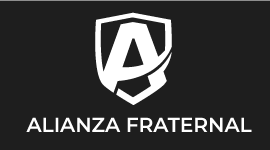