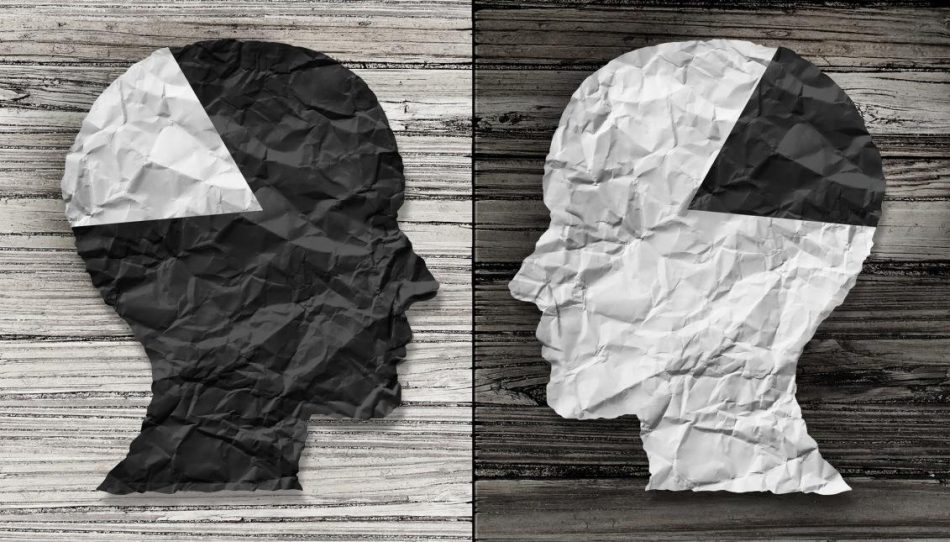 I want to talk briefly on the subject of discrimination.

I live in Virginia, and I suspect if you would ask the first 1,000 Virginians you should meet to tell you something about discrimination, some 990 would confine their replies to the racial struggle now prevalent in so many parts of our nation. They would discuss the question of equal employment rights, integration of schools and perhaps of churches and the public accommodation portion of civil rights legislation. They would possibly discuss race riots, mass demonstrations, sit-downs, lie-downs, and stall-ins. Depending on their individual points of view, they would tell you what portions of the civil rights legislation and struggle they condone and what parts they vigorously oppose.

I strongly suspect that more than 90 percent of the Virginians you meet in this day and time would not even consider any alternate definition of the term «Discrimination» – nor would they discuss the term in any relation other than as a racial problem.

We have heard so much about discrimination among races that we are prone to limit our definition of the word to its relation to this familiar subject.

The term «Discrimination» has become somewhat corrupted by modern usage. One of its definitions is: «A difference in treatment or favor, especially an unfair difference”. But this is not its only definition, nor is it the preferred definition. It really means: The power of making careful distinctions, to recognize differences in values, to treat differently. distinguishing with care.

I do not wish to discuss the controversial subject of racial discrimination with you this morning. I want to relate a personal experience that dealt with this subject and discuss some of its implications.

In 1950 a suit was filed against the Grand Lodge of the District of Columbia for «discrimination.» A non-Mason sued our Grand Lodge for $150,000, charging that Masons had unfairly discriminated against him, causing him to be discharged from a government position and harassing him on numerous occasions. He claimed that he had been asked to join the Masonic Fraternity and, when he refused, the co-workers in his office who were Masons turned against him, giving him low efficiency ratings, disagreeable assignments and the like. He claimed that later a group of Masons interfered with his sale of some property causing financial loss. These acts, he alleged, were because Masonry requires its members to favor each other, to the unfair treatment of others.

All of the judges in our District of Columbia courts who were Masons disqualified themselves, and the trial was held before Judge Henry Schweinhaut, a non-Mason and Roman Catholic. I was called to testify at the trial as an antagonistic witness, as the plaintiff wished to prove through my sworn testimony that Masons discriminate against non-Masons. Of course, this meant «unfair discrimination,» acts of treating non-Masons unfairly. And one way to prove this would be to show that Masons are required to show preference to one another, resulting in unfair treatment and at the expense of others.

I was on the witness stand for about one and three-quarters hours. During this time many questions were asked about our Grand Lodge structure, the Lodges, the degrees, and manner of control exercised by Lodges and Grand Lodges over their members. I was

asked to identify, as Masons, various government officials, from the President and Cabinet members on down to the Bureau Chiefs and others under whom the plaintiff had worked. This was not difficult. Under oath I could only identify as Masons those individuals with whom I had sat in a Lodge. All else would have been hearsay.

I was asked what inducement we offered men to persuade them to join the Masonic Fraternity, and when I replied «None,» I was asked what induced so many men to join. I mentioned many reasons why a man would come into Freemasonry of «his own free will and accord.» It seemed that hundreds of questions were asked, but there really weren’t that many. At length, though, I was questioned concerning the conduct of one Mason toward another.

I was specifically asked if the Masonic Fraternity exacted a promise or pledge from its members to extend favors to other members of the Fraternity. Upon testifying that no such pledge is required, I was asked if it were not true that Masons did extend favors to one another in business and in various activities of life. Of course, we do and we not only admit it but we’re proud of it. I reminded the court that such conduct, being of an entirely voluntary nature, was the same as a person hailing from a particular state showing preference for another person from that same state, or a member of a church extending business favors to another of the same denomination.

This proved to be a most fortunate line of inquiry, for later the plaintiff asked that I be required to repeat the Third Degree obligation, since they understand that it was in this obligation that the Initiate was required to swear that he would discriminate in favor of his Brethren.

The lawyer retained by our Grand Lodge objected. He was overruled by the Judge. I was instructed to give the obligation in open court by a Roman Catholic and non-Masonic Judge.

Frankly, I fully expected to be held in contempt of court. The thoughts that ran through my mind included: What can he do to me? Can he fine me and how much? Will this jeopardize the trial against my Grand Lodge? Can he have me locked up pending raising bail?

All I could say to the Judge was that I had already testified under oath that Masonry did not exact a pledge of discrimination from its members; that this statement included all of the degree work and the Third Degree obligation.

This proved to be the correct response. The Judge decreed that I would not be required to give the obligation.

At the conclusion of the trial, the Judge found our Grand Lodge and Masonry to be innocent of this charge of unfair discrimination. He lectured the plaintiff at some length, telling him he has imagined many things and there was not one shred of evidence that Masons had discriminated against him. But does the Masonic Fraternity discriminate? Do you as individuals discriminate? If you do, are you ashamed of your conduct? Is it a sin to discriminate? Is this an evil that we should avoid and overcome?

In an issue of The Oklahoma Mason, Bliss Kelly had an article entitled «Does Masonry Discriminate?» He points out, and agree, that Masonry is the most discriminate fraternal organization in the world. But this is not the unfair discrimination we have been discussing. Many virtues become sins if they are overemphasized, or if they are not controlled. A religious faith i can become sinful if it is intolerant of the beliefs of others. Patriotism can be carried to such an extreme as to deny others their just rights and liberty. Freedom of the individual can become sinful if it breeds contempt for the rights of others.

Discrimination is truly a virtue and should be practiced. It becomes sinful only when it leads to the unfair treatment of others.

Let’s take a quick look at some of the ways both you and the Masonic Fraternity practice discrimination.

You discriminate, that is, recognize a difference in value when you select a necktie or an Easter bonnet. You look at many and choose one, thereby rejecting all others in the store.

You discriminate when you choose your friends; when you invite someone to your home for dinner. Possibly some of you discriminated this morning when you selected your table so as to be with compatible companions.

How does Freemasonry discriminate?

It discriminates in accepting into its membership only men of good reputation and upright character, men who believe in God, men of intelligence and integrity, men who will be amenable to the teachings and philosophies of Freemasonry.

Because we accept only such men in the Fraternity, we discriminate against atheists, against men of low moral character, against agitators, crackpots and demagogues.

Within the Lodge, we discriminate against partisan politics and business activity, and against sectarian beliefs.

And yet, Masonry works unceasingly to improve the lot of mankind. We fight communism or any other movement that would enslave the minds of men. We oppose violence and crime. We aid in the rehabilitation of criminals. We assist the handicapped, and we are charitable to the needy. We promote obedience to law, honesty and integrity.

We discriminate against women as members, allowing none to become members of our Fraternity, regardless of their good characters.

Though we discriminate against women. we love them, delight to be with them, share our lives with them. If Freemasonry did not discriminate – did not recognize differences in values – it would not only be impotent, it would have ceased to exist long ago. It is because of discrimination that it is worthwhile, that it exercises a great influence in the world, that it offers a challenge to its members.

Yes, Freemasonry discriminates. It recognizes differences in values. We do not discriminate unfairly. Masons have fought and died through the ages to obtain freedoms for all me. We insist that all men must have freedom to worship as they please. They must have freedom to choose their associates; freedom to select their political leaders; freedom of education. We are proud to be members of the most discriminating Fraternity in the world, because we realize that because it does discriminate the Masonic Fraternity has exerted a greater influence for good than any other organization in the history of mankind.

Every Mason should know what duty demands of him. I thrill to think of the terrific impact on America, and the world, if each of our close to three million Masons and their families were to solidly unite in the cause of freedom, integrity, justice and Americanism.